CUSA is an apostolate.  By that we mean to say that our members have involved themselves in a ministry of support and prayer that is apostolic.  Each CUSAN is a member of at least one "round robin" letter that circulates among no more than eight people.  These individuals support each other through their correspondence with one another and through their prayer for each member.  In addition, each group chooses a patron, a motto, and an intention for which they offer their prayers and suffering.  By uniting themselves with the Crucified Savior, they participate in that activity which the Church calls "redemptive suffering."

In addition to this basic apostolic action, several CUSANS also engage in other apostolates or ministries that work in concert with the evangelization ministry of the Church.

The Catholic Daughters of America

Several of our members are very active in one of the oldest and largest organizations of Catholic women in the Americas (www.catholicdaughters.org).  This organization donates to charities, administer scholarship programs and strive “to be helping hands where there is pain, poverty, sorrow or sickness.”  The CDA motto is “Unity and Charity.”

This organization (www.vmusa.org) has a similar outreach to that of CUSA.  They are people united in providing spiritual support for all people with disabilities or who are chronically ill. They are a visionary people called to a way of life that sees beyond the suffering and struggles of life to the victory that is born through the spirit of love. 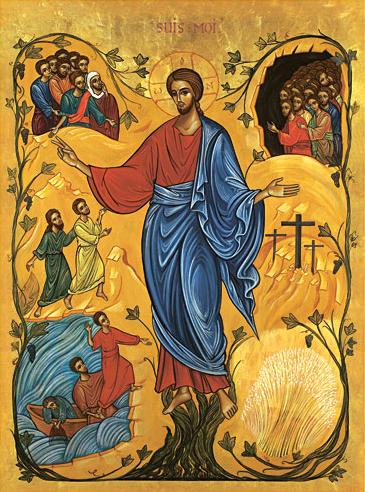 "I am the vine,
you are the branches."